The air is thin up here at 8,000 feet. I’m sitting near the site of the first tar sands mine in the country, P.R. Springs. The sun’s strength diminishes as it approaches the western horizon–snow capped mountains behind layer after layer of high desert ridges.  Somewhere in those folds, the Green River tumbles though Desolation Canyon. I can hear a wild turkey gobble every now and again. The land continues to rise to the south. From that ridge I can make out the La Sals pointing me home, surrounded by miniature Fisher and Adobe Mesas. I could see a large crack in the rock that must be the almighty Colorado rushing through Horsetheif and Westwater. I could even make out the Abajos, Arches National Park, and Grand Junction lighting up for the evening. We saw 24 elk grazing on the ridge. Down below, between the Colorado River and Book Cliffs, is the Cisco desert and the I-70 corridor, fast becoming home to industrial development – evaporation ponds, a waste-water injection well, new home to the Atlas uranium tailings pile, a proposed nuclear power plant, a proposed tar sands refinery.

From up on top of the incredible Tavaputs Plateau, which sits upon an even greater Colorado Plateau, I am struck with how preposterous it seems that Uintah County is so removed from people’s realities in Grand County. From this vantage point, it is quite obvious that that all this destruction and pollution from fracking, oil, gas, and now tar sands and oil shale is just upstream and is wrapped in a grand plan that involves all of canyon country. My heart weighs heavy after this visit to the mine site. The buoyant notion that logical thinking leaves in me is slowly deflating. “It’s uneconomical, disastrous for the climate, technology is unproven, there’s not enough water”…Well, they’re paving the way quickly and surely. 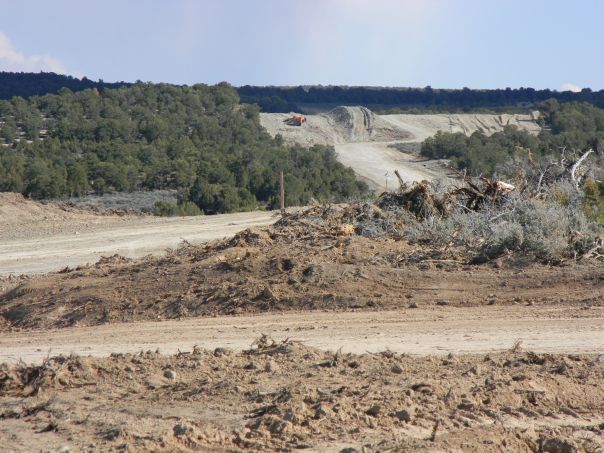 The drive from the north was sickening. First Roosevelt and Vernal filled with fracking headquarters, brine mixing stations, chemical distributors, giant trucks toting gas and contaminated (or soon to be) water. Then, mile after mile of freshly paved highway through a freshly scarred landscape crisscrossed with pipelines and polka dotted with well pads. The road turned to grated dirt and signs of construction started to pop up. An empty bulldozer sat next to a newly blazed corridor through a hillside. Mile after mile of mangled old growth junipers and pinons lay dead on their sides. We passed small crews operating gigantic road eating machines. Why would they need a road over 100 feet wide? The four lanes lead right to PR Springs and the Red Leaf Resources oil shale operation. Are Uintah County tax payers paying for this? The upgrade of the high-speed, four-lane trucking route stops right at the county line. Are they anticipating that Grand County will continue the Book Cliffs highway and connect it to the planned energy infrastructure along I-70? Or are they content to truck everything to Salt Lake, already filled with industry’s toxic breath?

We hiked all over the drainage system just below the already huge tar sands “test pit.” The canyons are filled with elk trails, pinon, juniper, ponderosas, and Douglas Fir. Around all the seeps and springs we found groves of aspens and often abandon ranch structures. Water was flowing at some point in every drainage we checked.  US Oil Sands and the state engineer seem to agree that the PR Springs mine site has negligible ground water and thus water pollution cannot be a cause for concern. Getting baseline data for water quality in the area will be essential in this fight. A biologist accompanied us along the hike, counting and pointing out red tail hawks, flickers, chickadees, bluebirds, and starting an inventory of species. 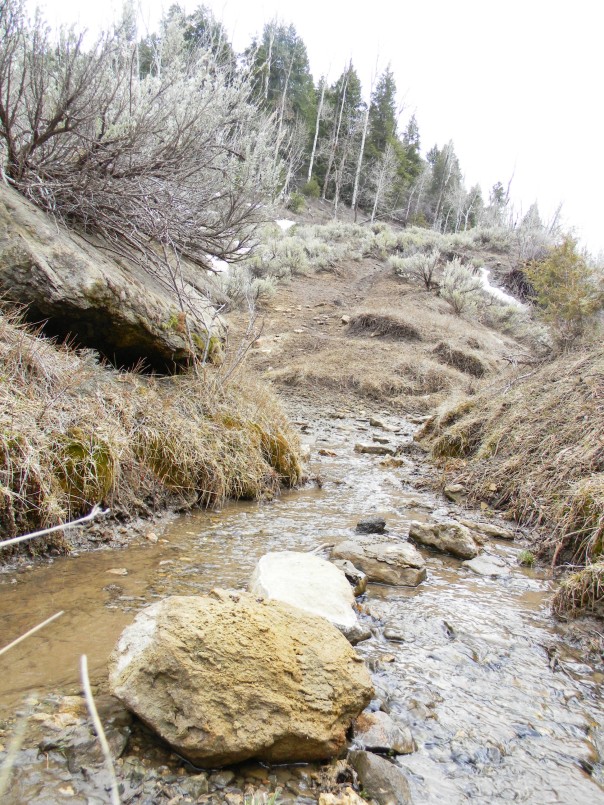 We stumbled upon spots around the ridge that had been deforested already for various core samples and wells. In some places, the earth and vegetation had already been scraped off to expose the tar sands. They gray gritty cakes of tar and sand were hard in the cold spring air, very much like a crumbling parking lot buried just below the surface. P.R. Springs has some of the most accessible deposits. 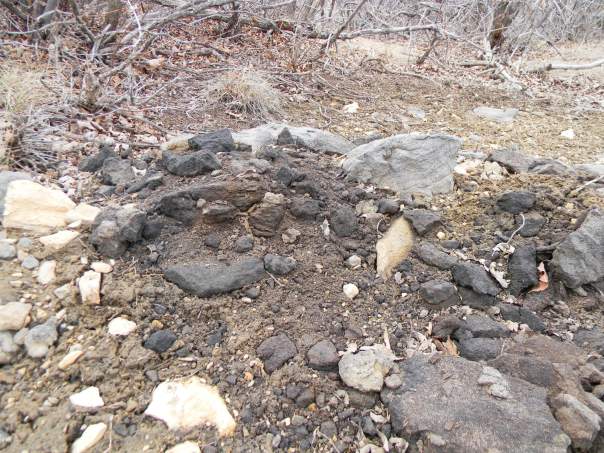 Excitement and foreboding course through my veins. This fight is much bigger than stopping just one tar sands mine. It’s about also stopping oil shale, corporate manipulation of our public process, and the continued expansion of the extreme energy empire. We’re here, we’re everywhere, and we’re growing in strength. We believe a better way is possible and that the continued exploitation of these fossil fuels is destroying our ability to cope with the needed transition. Extreme energy extraction will no longer be tolerated. The costs are simply too high. 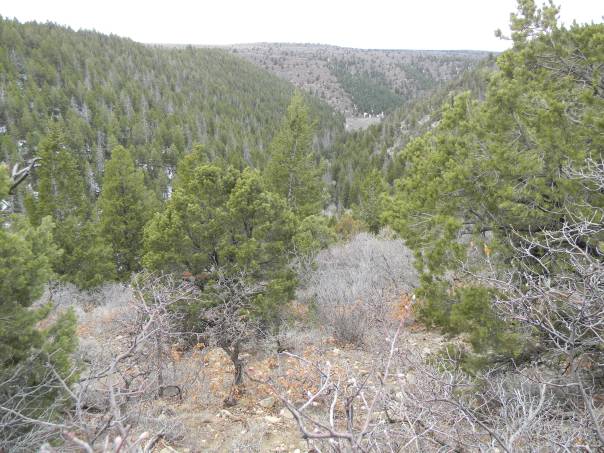 View of the drainage just below the test pit. If allowed to expand, US Oil sands would likely dump all of the “overburden” from mining into this canyon. Industry’s term for this is “valley fill.”

This tar sands mine was abandoned in 1983, unreclaimed. US Oil Sands has yet to pay their 1.6 million dollar reclamation bond and yet they are already deforesting and strip mining a different test pit.

On the Banks of the Green River where industry trucks come to fill up water and brine mix. 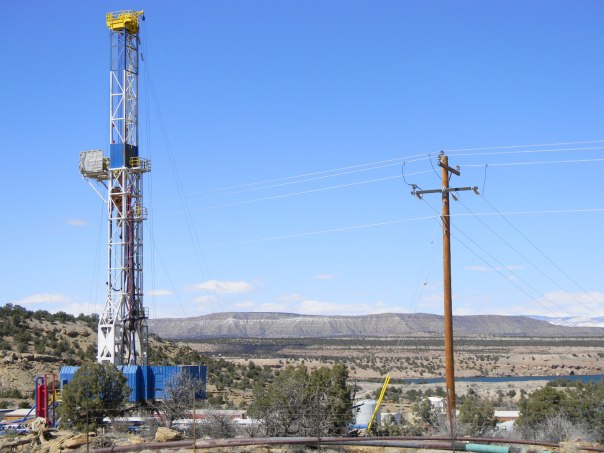 Fracking Rig outside of Vernal